After the successful Mexican War of Independence from Spain in 1821, the Mission San Fernando became part of Alta California, Mexico. Thirteen years later, the Mexican government began redistributing those mission lands. It wasn’t until 1846 that Governor Pío Pico gave a land grant to Eulogio de Celis, which turned out to be 116,858-acre Mexican Rancho Ex-Mission San Fernando. This land was bounded on the north by Rancho San Francisco and the Santa Susana Mountains, on the west it was surrounded by the Simi Hills, on the east by Rancho Tujunga, and on the south by the Santa Monica Mountains (known as Montañas de Portesuelo back then).

The grant derived its name from the secularized Mission San Fernando Rey de España, but was called ex-Mission because of a division made of the lands held in the name of the Mission. The grant encompassed most of the present day San Fernando Valley.

At the same time Isaac Lankershim and Isaac Newton Van Nuys were involved with converting the lower half of the San Fernando Valley from sheep and cattle ranching to farming, others were doing the same in the northern half. That’s when in 1874, former State Senator Charles Maclay of San Jose, with his partners, San Francisco Benjamin F. and George K. Porter, borrowed $60,000 from Leland Stanford and purchased 57,000 acres of land north of Lankershim and Van Nuys’ holdings.

Maclay, who owned all of the land east of the Southern Pacific railroad tracks east to the San Gabriel foothills, laid out the town of San Fernando and subdivided the rest of his property into small ranches.

George K. Porter owned a third of the northern valley west from the railroad line to Aliso Canyon (Zeldah Avenue from Granada Hills to Northridge). He was the first to initiate large-scale citrus growing in the valley, having planted a navel orange grove that reportedly stretched nearly three miles long. His cousin Benjamin owned 20,000 acres in the valley’s northwestern area. Because it was far removed from the railroad line, it was the least desirable section, and remained relatively undeveloped.

By the late 1880s most latecomers found it more difficult to find good farmland in the valley. Most were consigned to seek out marginal land in the surrounding hills for ranches and homesteads.

So Benjamin sold the western end of his land to the San Fernando Valley Improvement Company, which created the Chatsworth Park subdivision and then he farmed his remaining acreage. George Porter and Senator Maclay also subdivided their lands. In the late 1930’s the author W.W. Robinson described the ranch lands as containing large ranch estates on 10,000 acres of rolling hills with magnificent vistas. It must have been a sight to see, for sure.

Benjamin Porter’s descendants decided to hold onto the ranch until the early 1960s. But this area was definitely still thought of as ranch land. During the late 1960’s and early 1970’s the unofficial entrance to Porter Ranch was even marked with two horse and rider statues. One was at the northwest corner of Tampa and Devonshire and the other was located at the northeast corner on Devonshire and Tunney. Rumor has it that many years later, one of the statues was found in a local trash dumpster.

This area eventually garnered the reputation of housing horse ranches for numerous celebrities and also served as a filming location for several major movie studios. In cinema history, Porter Ranch was most notable as the location of large portions of the famous film, E.T. the Extra-terrestrial, in 1982. There were a number of shots from the Steven Spielberg blockbuster where they featured views looking down on the Porter Ranch neighborhood that sits beneath the ridge in Palisades Park. Porter Ridge Park is also the sight of the park scene at the end of the movie.

But eventually suburban development found its way to this remote community. Believe it or not, Porter Ranch was also the last community in the San Fernando Valley to join the City of Los Angeles.

It’s almost hard to imagine it being so remote as now it’s filled with upscale homes in gated communities and has gone from horse country to suburbia, full of upscale, single-family homes. The district, one of the higher median incomes in the San Fernando Valley, has a population that is over 60% White and over 30% Asian. Most of the residents commute to nearby cities such as Simi Valley and Downtown Los Angeles for work. With the strong public transportation access, via the Chatsworth and Northridge stations from the Metrolink commuter rail system, it’s no wonder.

While it is just minutes from hiking trails and spectacular scenic views that may be reminiscent of it’s more rural days that are long gone, it’s also home to the Porter Valley Country Club, the Porter Ranch Town Center, the North Valley YMCA, parks, public library and several high-performing schools.

Yet even today, the community of Porter Ranch is still growing. Newly gated communities are being built and businesses are moving into commercial space. The community remains vibrant, offering residents, businesses and visitors a ‘small-town’ feel with big city advantages. It’s an exciting time for this tiny city that’s still growing, and no telling what great things are in store for it and its inhabitants. 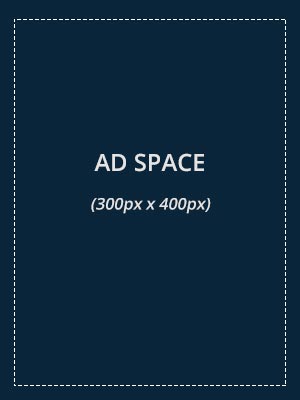 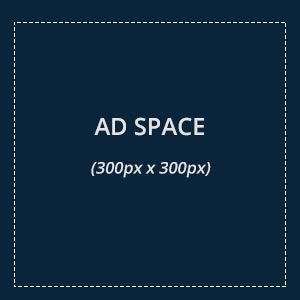